FEBRUARY is National Macular Generation Awareness Month. The American Academy of Ophthalmology recognizes the month of February to promote awareness about Age-related Macular Degeneration, also called simply macular degeneration or AMD, the nation’s leading cause of vision loss. We want to give you information regarding AMD and offer insights into how to prevent or stop the progression of macular degeneration.

WHAT IS AGE-RELATED MACULAR DEGENERATION? AMD is a deterioration of the eye’s macula, the central part of the light-sensitive tissue at the back of the eye called the retina. The macula is much more light sensitive than the rest of the retina and helps us focus in fine detail, such as the ability to recognize faces, read fine print, read street signs, etc. FACTS ABOUT AGE-RELATED MACULAR DEGENERATION: According to the American Macular Degeneration Foundation, AMD affects more than ten million Americans, more than cataracts and glaucoma combined. -AMD is the leading cause of vision loss among people over 50. The disease usually affects people who are 60+, but it can occur earlier. -Age is the major risk factor for AMD. Other risk factors include smoking and people with a family history of AMD. -People of Caucasian descent are more likely to develop AMD than those of African American or Hispanic/Latino descent. -AMD does not lead to complete blindness, only affecting your finest central vision. AMD usually does not impact your peripheral vision. People with advanced AMD may develop legal blindness due to loss of central vision. -There is no cure for AMD, only treatments that can help slow its progression. -AMD usually affects both eyes, but one eye may be affected before the second eye. -Many people do not know they have AMD until they have a noticeable vision problem, or until it is discovered during a routine eye examination. -There are two kinds of AMD, “wet” and “dry.” -Early detection is key to slowing the progression of AMD. .
Posted by Kyle B. Edwards, O.D. at 5:31 PM No comments: 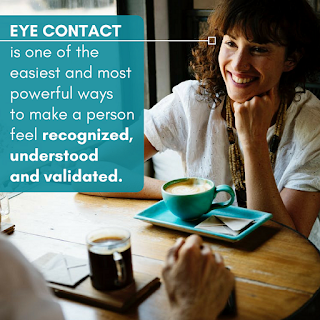 What is your eye color?

We are all facing extraordinarily challenging times, nearly unimaginable months ago. But we are here because we want to continue to provide this community quality care and to honor your faith in our business. 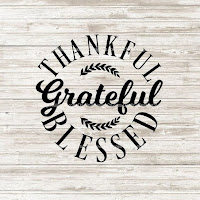 You have choices for providers, but you choose us. You refer your friends and family because you believe in us. Your continued support keeps our business going, enables us to care for the community and provide for our own families. From every member of our team we sincerely thank you for the lasting faith in our business and entrusting us to your care. We strive to serve you even better today and tomorrow. Stay healthy and we'll see you soon! Dr. Edwards and EEC Team
Posted by Kyle B. Edwards, O.D. at 2:24 PM No comments:

Why children's eye exams are important:
Eye exams for children are very important to insure your child's eyes are healthy and have no vision problems that could interfere with school performance and potentially affect your child's safety.
A child who is unable to see print or view a blackboard can become easily frustrated, leading to poor academic performance.

Schedule an appointment today!
Posted by Kyle B. Edwards, O.D. at 9:15 AM No comments:


FIREWORKS SAFETYEvery year, thousands of Americans are injured due to fireworks, specifically during the Fourth of July holiday period. Ocular burns are the most frequent type of eye injury from fireworks.We urge everyone to avoid fireworks and spend the 4th of July with family and friends, instead of in the emergency room!

We are excited to offer TORY BURCH

chic women’s eyewear that offers a big-city vibe in an eclectic assortment of richly hued solids and bold color combinations, along with sophisticated accents and playful patterns.